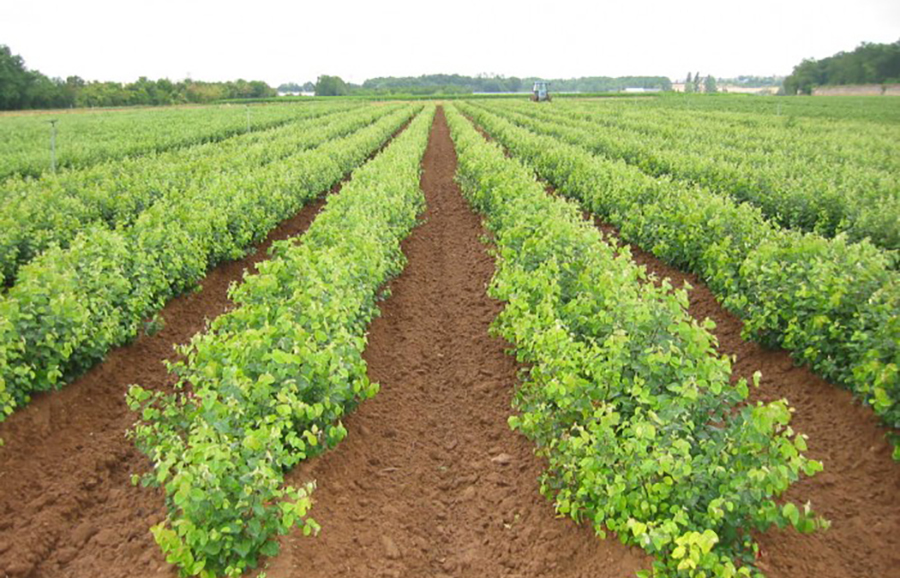 The quince stock EMH induces scion vigour between EMC and EMA in most trials and is probably similar to the Belgian rootstock Adams 332 in vigour.

In preliminary trials at East Malling, EMH increased fruit size of ?Conference?.
Also reported to have increased the fruit size of ?Concorde? and ?Comice? in some seasons but this effect was somewhat inconsistent from season to season and site to site.
EMH has proved to be an excellent rootstock for the cv. Concorde.
One dwarfing selection of quince raised by fruit breeders at East Malling, OR193-16 (recently named EMH), showed promise in a UK trial conducted in the 1980?s, for its apparent ability to increase average fruit sizes of the cv. Conference.
Orchard evaluations of the Dwarfing Quince Rootstock EMH.
One-year-old trees of the cultivars Concorde and Comice were planted in an orchard trial at East Malling Research in the spring of 1990.
Four quince rootstock clones, all bred and developed at East Malling, were compared, EMC, EMH and EMA.
The trees were spaced 2 m apart in rows 3 m apart.
The experimental design comprised 8 randomised blocks of three tree plots.
No crop was recorded in 1997, due to very severe frost damage.
In some years, EMH induces improved fruit size in comparison with EMC, although this effect has proved a little inconsistent from site to site and year to year.
EMH has proved a particularly good rootstock when used with the cultivar Concorde.
Trees on EMH have generally exhibited poorer yield precocity than trees on EMC.